Is your contract up and you're starting to look at upgrade options? Or, are you finally ready to make the leap to a smart phone? If so, I'll give you a quick rundown on the latest models launched this fall.

Apple iPhone 7 and 7 Plus 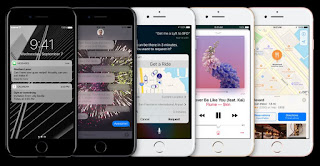 It seems like all we've heard about the new iPhones is the lack of a headphone jack. That may be a deal breaker for some. But early reviews have talked about the amazing camera on the 7 Plus. It now features a second lens for telephoto. And there will soon be a software update which promises to offer new portrait possibilities. Other than that, the usual minor updates in hardware. This new model purports to be water resistant. The new color for this year is jet black - fingerprint magnet. iPhone continues to be a solid seller with reliable and predictable updates from Apple and very good resale value. And it offers seamless integration with other iOS and Mac OS products.

iPhone 7 starts at $649
iPhone 7 Plus starts at $769
Available from all carriers, many retailers as well as Apple Store
Previous years' models available at discounts.

Review from the Verge - http://www.theverge.com/a/apple-iphone-7-review-vs-iphone-7-plus

Samsung is suffering greatly from the adverse publicity associated with its burning Galaxy Note 7. They've been recalled twice now. If you should happen to find one for sale, DON'T BUY IT! And if you have one in your possession that you're hard pressed to give up, get the fire resistant containers and/or take it back to your point of sale. But GET RID OF IT NOW!

That said, Samsung still makes other great phones and devices. The Galaxy S7 has no battery issues and is a well regarded new model in the very popular Galaxy S series. It also comes as the Galaxy S7 Edge. The Edge is larger and has a curved display. Both are water resistant.

Some of tech pundits recommend a Galaxy Note 5 for those with an earlier Note who are looking to upgrade and/or for those who are really attracted to a stylus.

Galaxy S7 Edge starts at $729.99
Galaxy S7 starts at $672.99
Available from all carriers and most retailers.
Previous years' models available at discounts.

Google recently unveiled its new Made by Google entry into the Android smartphone market: the Google Pixel and Pixel XL. These are designed by Google from the ground up but manufactured by HTC. This is a departure from the Nexus phones where Google contracted with various manufacturers to design a phone for Google.

Not surprisingly, this flagship phone from Google makes excellent use of all Google services from the newly renamed if not reworked Google Assistant to Google Play Music to Google Drive for storage... What's different this time is that it's also top of the line hardware with an excellent camera. The Pixel is also designed to work with Google's new VR system the Daydream View. This is due to release in November. Those who preorder the Pixel will get a free Daydream View unit. Pixel owners are also offered the option of signing up with Google Fi service for wireless access. This is no doubt a more attractive option in some areas. In Billings, you'd be relegated to 2G data.

Pixel starts at $649
Pixel XL starts at $769
The only carrier offering it for sale is Verizon. But unlocked version will work on other carriers and is available from Best Buy and Google Play Store

I think the CNET review pretty much sums it up. Samsung Galaxy S7 and Edge continue to be the primary non-iPhone alternatives at the top of the market. But Google Pixel is a fine choice for anyone who is wary of Samsung and/or prefers the pure Google Android experience. But there are a number of well rated Android cell phones including a few who are new to the US market. 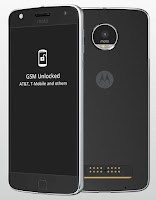 Moto Z series
I don't pretend to know enough about the numerous models of various Android handset manufacturers to be able to recommend one over another. I do know that these are phones which get overwhelmingly positive reviews. The Moto Z Play is the least expensive model. The top of the line is the Moto Z Force and is apparently available only from Verizon. All models in the Moto Z series are modular, meaning you can buy accessories called Moto Mods to change different aspects of the phone. You can buy a zoom lens, speaker, projector, power pack batteries with or without wireless charging as well as customizable backs. Nice idea but I don't know enough about it to know whether or not this is really a useful feature or more of a gimmick.

CNET Moto Z Play review with comparisons to other models in the series
https://www.cnet.com/products/motorola-moto-z-play/review/

Motorola phones are available from carriers and retailers. The exception are the Droid versions of the Moto Z models that are exclusive to Verizon.
CNET Moto G4 review - https://www.cnet.com/products/motorola-moto-g4/ 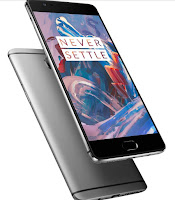 This is the third generation of a smart phone that has been well reviewed and regarded by tech enthusiasts. Earlier versions were invitation only. This the first one that seems widely available. It has a lot of the features of higher end smart phones at a mid range price. OnePlus has their own customized version of Android, Oxygen OS but I haven't heard any complaints about it.

Sells for $399 from the OnePlus Store - https://oneplus.net/3
International version available from Amazon at higher price. I'd go with manufacturer.

Huawei is the Chinese cell phone company that manufactured the last Google Nexus phone - the Nexus 6P. They have only recently begun marketing their phones directly to US consumers. The model currently available in the US is the Honor 8. This phone has a lot of high end features including dual camera.

There are numerous other phones by other manufactures worth consideration. As always the array is mind numbing as well. I can say that Windows Phone is pretty much dead as is Blackberry. Too bad for those of us who were rooting for other OS alternatives, but at least the choice is down to iOS vs. Android.

For a rundown and comparison of all the major phones this year thus far:

Posted by Suzanne at 5:03 PM No comments: