Okay, it's December. Time for our annual roundup of tech gadgets. I'm only highlighting the ones that I find particularly interesting. There are countless other options. You can find many of these in the review and best of links I've included.

The Apple iOS vs. Google Android war continues. Some people have changed sides this past year. The Blackberry and Windows competitors have faded even more from the scene.

The latest iPhones are the 6s (starts at $649 for 16 GB) and 6s Plus ($749 for 16 GB). Yes, they come with new features. What was particularly interesting to me this year was Apple's upgrade program and attempt to distance the hardware from the carriers by offering financing directly from Apple. The prices quoted above do not require contracts with mobile carriers.You can get good deals on the previous year's models the 6 and 6 Plus.
Apple Store iPhones

While Samsung, LG, HTC and others continue to put out models of Android phones, this is the year when some of the most interesting models were not available in stores or from carriers. A number of these phones have customizable cases. These are all prices for unlocked phones that do not require contracts with carriers. 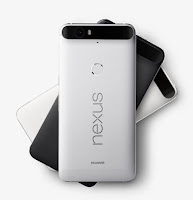 2015 was the year of the Apple watch but there were also new models and updates in Android wear and fitness bands.

Apple Watch comes in three basic flavors - Watch Sport, Watch and Watch Edition. It starts at $349 for the Sport and can go as high as $12,000. It's a watch, fitness band, notification center and can even allow you to send and receive calls and texts. You need to have an iPhone to pair with it.

Google Store seems to have a nice assortment of Android Wear. As is often the case in the Android world, I find the breadth of choices somewhat overwhelming so I couldn't presume to pick which would be the best option. Most are round which many people find preferable to square. It's hard to tell just how bulky they are from photos. I did notice that Moto G has a model for women. The nice thing about Android is that apart from hardware differences, if they're running Android wear, the software and apps should be similar across devices. These also need to be paired with a smart phone running Android 4.3 or higher but can perform many of their functions on wifi. I was interested to see that some will apparently work with iPhones as well. There is a website you can go to on your smart phone (Android or iPhone) to check and see if it's compatible with Android Wear - g.co/WearCheck. Reportedly my iPhone 6 Plus will work with a number of Android Wear watches.

PCMag's The Best Smart Watches of 2015

Fitbit now makes a wide range of devices ranging in price from $59.95 for a wireless activity tracker to $249.95 for a fitness super watch. They connect to mobile apps that run on Apple iOS, Android and Windows Phone as well as a Dashboard that runs on Windows and Mac OS.
I had a Fitbit Force that I had to give up because it gave me a horrible rash. There are reports of similar problems with the Charge and Surge. But I used a Flex for quite some time with no ill effects. My only complaint was that the device itself offered very little information on steps or distance progress. It needs to sync with a smart phone or computer for data. Once I got the Apple Watch, it was no longer needed. But I think it can be an inexpensive way to motivate one to exercise. 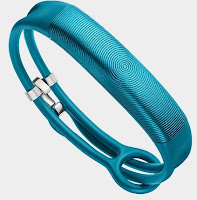 Jawbone UP is the other major fitness tracker. It ranges in price from $49.99 to $129.99. The bracelets are fairly attractive. You can see the UP2 on the left. The higher priced ones include heart rate monitoring and one even pairs with Amex for payments.UP pairs with a number of different apps you can run on your Android or iOS smart phone.

PCMag's The Best Fitness Trackers for 2015

Apple iPads - Apple came out with a new iPad model this fall the iPad Pro, a 12 inch tablet that starts at $799 for 32 GB. Like the name, this is arguably meant for professionals - for artists who will enjoy the new Apple pencil at $99, those who will use it as a laptop replacement with keyboard at $169. You're easily looking at $1000. For that price you can get a Macbook.
The iPad Air wasn't updated this year. The current iPad Air 2 starts at $499 for 16 GB. You'll want more memory than that. The iPad Mini was updated. iPad Mini 4 starts at $399 for 16 GB. You can get the earlier iPad Air at that same price. 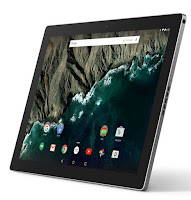 Google Pixel C is the new top of the line Google addition to the Android tablet line. It's gotten rave reviews for the hardware. The only criticisms I've heard are about the dearth of great Android productivity apps for tablets. I've personally always found Android tablets to be less useful as laptop replacements than iPads or Google Chromebooks that start at $169. But Google Pixel C is a beautiful 10 inch tablet that starts at $499 for 32 GB. The full size keyboard sells for $149.

Microsoft Surface Pro 4 is the current top of the line tablet from Microsoft. It starts at $899 for 128GB / Intel Core m3 with 4 GB of RAM. They tend to talk in more conventional computer specs. You'll also want a keyboard starting at $129.99. It runs Windows 10.

Amazon Fire Tablets - Amazon offers 4 basic versions of tablets ranging from the Amazon Fire starting at $49.99 to the Fire HD 10 starting at $229.99 for 16 GB (on sale as of this writing for $179.99). There are pros and cons to Amazon's tablets particularly in comparison to its flagship rivals. You're probably not going to be able to use Amazon Fire as a desktop replacement or even as much of a content creation device. But they're great for consuming Amazon content. They do run a number of apps available from the Amazon app store so you can do email and other tasks on them. As long as your needs and expectations aren't high, you may find them a good value.

Tablets and smart phones have indeed supplanted e-readers for most as the devices of choice for reading e-books. But for those who want a dedicated e-reader there are still some out there from the usual suspects. There will no doubt be sales during and after the holidays.
CNET - Best E-Book Readers of 2015 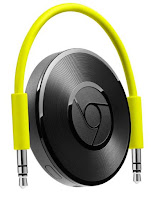 Amazon, Apple, Google and Roku all put out new versions of their streaming devices in 2015. Amazon and Roku offer either sticks or boxes. Amazon and Apple added voice searching to their devices this year - Alexa and Siri respectively. Google still offers the cheapest options - Google Chromecast or Google Chromecast Audio for $35/each. For that price, you don't get a remote, you use a tablet or smart phone to control your audio or video. Apple offers the most expensive, Apple TV at $149. Which device you choose will probably be determined by where you buy your content.

Unfortunately (or fortunately, depends on how you look at it), most of the highly anticipated Virtual Reality headsets people have been talking about and eagerly anticipating over the last year or more are still in development. Some have planned release dates for early 2016. These are primarily of interest to gamers but will no doubt have other uses as well. Try not to look hopelessly geeky in any of these contraptions. 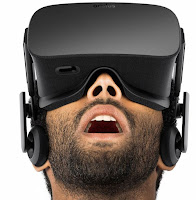 Amazon Echo has become one of my most used devices. You simply wake it up and ask a question: Alexa, what time is it? Alexa, what's the weather like? You get the current temperature and forecast. Alexa, what's new? You get the NPR news brief and/or any others you've set up on the app. Alexa, who won the Seahawks game? You get who played and the final score. Much better than Siri usually who just sends me on a web search. I also like that I can ask for music: Alexa, play Dave Matthews Band. I get shuffled songs from my music collection as well as anything else from Prime Music. I can also ask for genres: Alexa, play classical music. If I have books that I'm currently reading from Audible, I can pick up where I left off: Alexa, read my book. You can use it with other Internet of Things devices in your home such as WeMo to turn lights on and off. I find I use the Echo far more than I would have thought. It is more useful if you are an Amazon Prime subscriber and/or a regular Amazon customer as it has more content to access. Regularly priced at $179.99 on Amazon. It does go on sale fairly frequently.

On the tech gadget list for many this Christmas: Hoverboards and Drones. I can't say I know enough about them to have any opinion other than, I wouldn't buy one. But here are some articles so you can read up if you're interested.